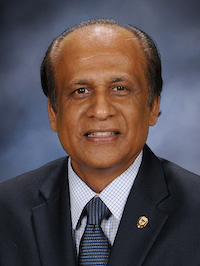 Dr. Thomas Thekkumkara is the University Distinguished Professor. He joined the Pharmaceutical Sciences Faculty at the Texas Tech University Health Sciences Center (TTUHSC) in July 2000 as an Associate Professor (tenure-track) after serving for five years on the Faculty of the University of Colorado Health Sciences Center.  In February 2003, he received his tenure at TTUHSC.  In September 2003, he was appointed as the Associate Dean for Research at the School of Pharmacy. Additionally recognition of his significant contributions to the development and progress of the School of Pharmacy he was awarded the Distinguished Faculty Award in 2003.  In September 2005, he received the promotion to Professor, and in 2009 he was appointed as the Amarillo Regional Dean of the School of Pharmacy.

He is originally from India, a graduate of Kanpur University.  He moved to the United States in 1984 and joined the Department of Biochemistry at Case Western Reserve University as a Postdoctoral Fellow.  He started his research career at the Cleveland Clinic Foundation where he became interested in the biochemical and molecular mechanisms of action of the renin-angiotensin system. His research has focused on the receptor for the potent hormone; angiotensin II the effector of the renin-angiotensin system, which plays a critical role in blood pressure regulation and electrolyte balance and which has been implicated in many significant medical disorders, including hypertension and diabetes with its associated cardiovascular and renal damage. In 1991, he joined the faculty of Weis Center for Research at PennState University College of Medicine and started his independent research.  Since then, he has developed a well-funded research program and published peer-reviewed manuscripts in journals of high impact and stature includes the Journal of Biological Chemistry, Proceedings of the National Academy of Sciences of the United States of America, Molecular Biology of The Cell, and the American Journal of Physiology.  This body of work is widely recognized by the scientific community as evidenced by higher than 1500 citations of his published work and his collaborations with national and international scientists.  He is also a member of four professional scientific societies includes the American Society for Biochemistry and Molecular Biology, American Physiological Society, International Diabetes Federation (Life Member) and American Heart Association. He is the recipient of the TTUHSC President’s Research Achievement Award, the Texas Tech University Chancellor’s Council Distinguished Research Award, and three times the School of Pharmacy Cardiovascular Pharmacotherapy teaching team of the Year Award. 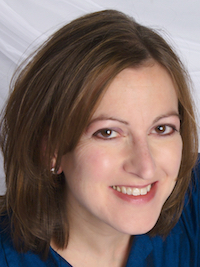 Sara Brouse, Pharm.D., FCCP, BCPS AQ Cardiology is a Professor of Pharmacy Practice and Regional Dean at the Texas Tech University Health Sciences Center (TTUHSC) School of Pharmacy Abilene Campus. She earned her Doctor of Pharmacy degree from the University of Missouri--Kansas City in Kansas City, MO in 1997 and completed her PGY1 Pharmacy Practice and PGY2 Critical Care Pharmacy Residencies at University of Kentucky (UK) Healthcare in Lexington, KY. Following her training, she worked at TTUHSC School of Pharmacy School of Pharmacy Dallas/Fort Worth campus for 12 years. She was promoted to Associate Professor in 2006 and served as Vice Chair for Residency Programs (2005-2011). Dr. Brouse was credentialed & privileged to practice as an Advanced Practice Pharmacist in Cardiology at the VA North Texas Healthcare System. She maintained a busy practice on the Cardiology ICU Service and within Cardiovascular Pharmacotherapy Continuity Clinic. Dr. Brouse was the Program Director for the ASHP-accredited PGY2 Critical Care Residency at the VA North Texas and trained 15 PGY2 residents during her tenure as program director. Dr. Brouse moved back to Kentucky (2011-2016), working as a Cardiovascular Clinical Specialist and Adjunct Associate Professor with UK Healthcare /UK College of Pharmacy. She served as PGY2 Internal Medicine Residency Program Director and Cardiovascular Clinical Coordinator during her time there. She developed and maintained a practice with the Advanced Heart Failure/Mechanical Circulatory Support and Transplantation team, and developed a transitional care clinic practice in the weekly LVAD clinic.

Dr. Brouse actively participates in several professional organizations, including the American College of Clinical Pharmacy (ACCP), American Society of Health-System Pharmacists (ASHP), American College of Cardiology (ACC). She is currently a Regent with ACCP (2014-2017). She was appointed to the ASHP Section Advisory Group on Preceptor Skills Development, serving as Vice Chair and Chair of the committee (2012-2016). She is an accreditation site surveyor for ASHP-accredited residencies. She served on the Board of Pharmaceutical Specialties Cardiology Specialty Examination Role Delineation committee and the Specialty Council on Critical Care Pharmacy. She is past-president of the Dallas-Fort Worth Chapter of ACCP. She has been invited to speak locally, regionally, nationally, and internationally on cardiovascular topics related to acute coronary syndromes, acute heart failure, and arrhythmias. Her research interests include cardiac drug-induced adverse effects and studying drug therapy in heart failure and refractory angina. 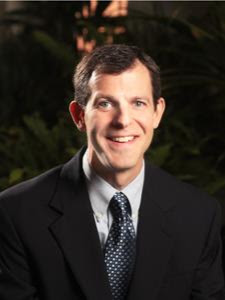 Steven Pass, PharmD, FCCM, FCCP, FASHP, BCPS is a Professor and Vice Chair for Residency Programs at the Texas Tech University Health Sciences Center School of Pharmacy. He is a graduate of the University of Kentucky College of Pharmacy, and completed a Pharmacy Practice Residency at Baptist Memorial Hospital in Memphis, Tennessee, and a Critical Care Pharmacy Practice Residency at University Hospital in Cincinnati, Ohio. He maintains an active practice in the Medical ICU at the North Texas VA Health Care System, where he serves as a mentor for students and pharmacy residents. His areas of focus within the ICU are in the diagnosis and treatment of ventilator associated pneumonia, the timing of anti-microbials, and the therapy of sepsis. Through his involvement in numerous professional organizations, including ASHP, ACCP, AACP, TSHP, and the Society of Critical Care Medicine (SCCM), he has become a national leader in critical care pharmacy and a respected adviser in the area of resident education. In recognition of his work in critical care, he has been elected as a fellow of the American College of Critical Care Medicine, the American College of Clinical Pharmacy, and the American Society of Health-System Pharmacists. 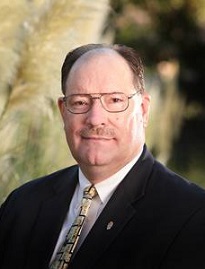 He completed an ASHP accredited Clinical Pharmacy Residency from Truman Medical Center and The University of Missouri at Kansas City in 1985. He was an Assistant Professor and then an Associate Professor of Adult Medicine with Tenure in the Section of Pharmacy Practice at The University of Oklahoma Health Sciences Center College of Pharmacy from 1985 to 1994.

From 1994 to January of 1998 he was the Director of Clinical Pharmacy Services at Rapid City Regional Hospital in Rapid City, SD. Currently he is Professor of Pharmacy Practice and the Founding Regional Dean for Lubbock Programs with the School of Pharmacy at Texas Tech University Health Sciences Center.

Dr. Seifert was one of the first Board Certified Pharmacotherapy Specialists in the nation and is a Fellow of the American College of Clinical Pharmacy. He has over 120 published journal articles, book chapters, abstracts, and newspaper and magazine articles. He has over 280 invited, continuing education, and research presentations.

His clinical interests include adult internal medicine, gastroenterology, nutrition, clinical toxicology, anticoagulation, and cardiopulmonary therapeutics. His current research interests include nursing education and accuracy in the delivery of medications through interal feeding catheters, and the prescribing practices of physicians and the effects on medication safety, mortality, and therapeutic efficacy.

Dr. Seifert has received numerous awards for his teaching, practice, service, and research; most recently he was honored as a member of the TTUHSC School of Pharmacy 2008-2009 P3 Teaching Team of the Year for Nutrition, the 2007-2008 TTUHSC School of Pharmacy Lubbock Faculty Preceptor of the Year and the 2009 Innovative Collaborative Practice Award from the Texas Society of Health-System Pharmacists for his work in Telepharmacy.

He met his wife Cheryl at church in San Antonio and has been blessed with 4 beautiful children. He is an accomplished vocalist and is very active in the Celebration Choir at Christ the King Cathedral. While his youngest daughter rides, he announces horse shows at the Texas Tech Equestrian Center and is on the Family Association Board of the Lubbock State Supported Living Center. He enjoys writing contemporary Christian music, Big XII sports and is a die hard Minnesota Vikings football fan.