More than 100 Texas Tech Physicians doctors were recognized by fellow area physicians as the best in their fields in Amarillo Magazine's and Lubbock Magazine's inaugural Top Docs special sections. MORE» 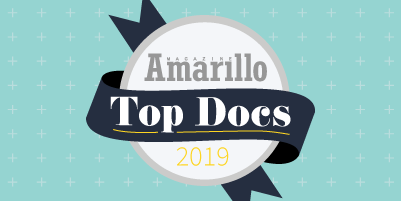 Nadia German, Ph. D., a professor for the Jerry H. Hodge School of Pharmacy's Department of Pharmaceutical Sciences, at one time believed she would work in chemistry education. However, an invitation from a former professor and the opportunities that followed eventually lead her to conducting research in multiple areas on the TTUHSC campus in Amarillo. MORE» 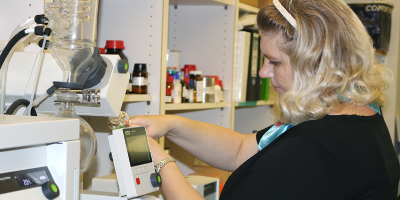 The American Association of Poison Control Centers recently recognized the Texas Panhandle Poison Center (TPPC) for 25 years of community service as part of the Texas Poison Center Network. The TPPC is managed by the Jerry H. Hodge School of Pharmacy and located on the Amarillo campus. MORE» 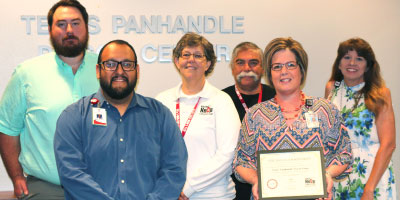 Pharmacy students interested in completing a residency after they graduated found out this spring where they’d spend the next stage of their training during the Pharmacy Residency Match Day. Thirty-seven students from all four Jerry H. Hodge School of Pharmacy campuses were successfully matched. MORE» 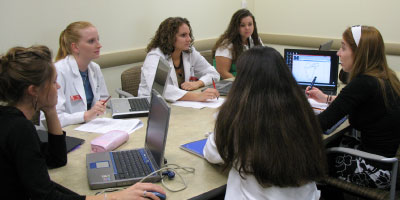 It was a rewarding summer for a group of students from the Jerry H. Hodge School of Pharmacy’s Graduate Program in Pharmaceutical Sciences (GPPS). MORE» 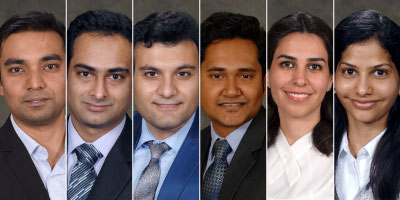 There are many reasons why scientists are drawn to their particular fields of research. For Jerry H. Hodge School of Pharmacy Associate Professor Luca Cucullo, Ph.D., it was a series of seeing-is-believing moments that sparked his passion for investigating brain-centered pharmacology/pathophysiology research. MORE>> 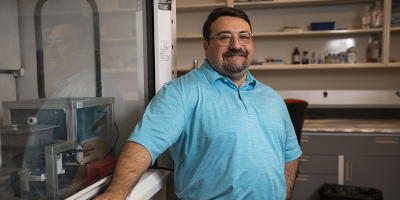 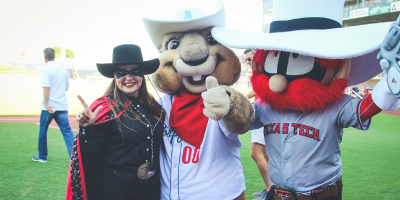 TTU System Chancellor Tedd L. Mitchell, M.D., was in Amarillo recently for the annual Distinguished Staff and Years of Service Awards presentation to recognize faculty and staff from all TTUHSC schools. FACEBOOK ALBUM>> 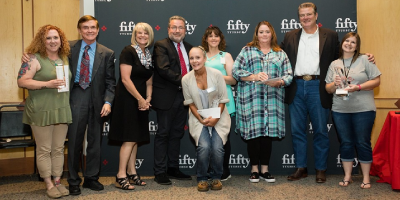 Combating Infant and Maternal Mortality Rates with the MommyMeds App

Dr. Teresa Baker, an associate professor in the Department of Obstetrics and Gynecology and co-director of the InfantRisk Center, appeared on Studio 4 last week to talk about infant and maternal mortality in Amarillo. She also announced a new crowdfunding campaign we've launched to expand the information offered to pregnant and breastfeeding mothers both locally and worldwide. MORE ON KAMR>> 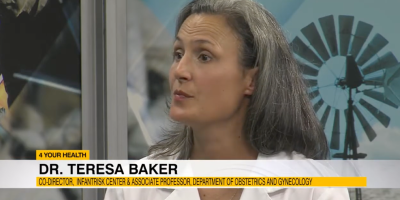 Dr. Whit Walker, an associate professor in the TTUHSC School of Medicine, has treated patients and trained physicians in the African country of Liberia. Along with pharmacy faculty Dr. Jill Frost and Dr. Rachel Basinger and residents, he continues to work with the community by hosting educational telehealth conferences with Liberian pharmacy students. MORE ON KAMR>> 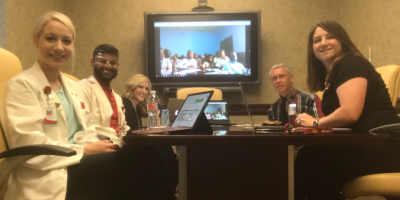 In addition to the loss of life during the tragedies in El Paso and Dayton, Ohio this month, more than 50 were wounded. Dr. Muhammad Nazim, regional chair for the TTUHSC Department of Surgery in Amarillo, visited with ABC 7 Amarillo last week about the internal damage and lasting mental trauma a gunshot wound can cause. MORE ON KVII>> 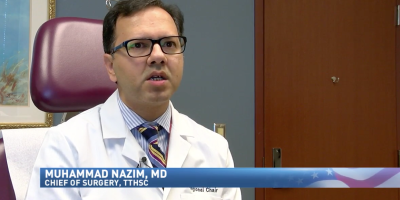 Also following the incidents in El Paso and Dayton, Shane Harper, PA-C, clinical professor for the TTUHSC Department of Surgery in Amarillo, participated in a story with Northwest Texas Hospital and ABC 7 Amarillo about the hospital's emergency response protocols. MORE ON KVII>> 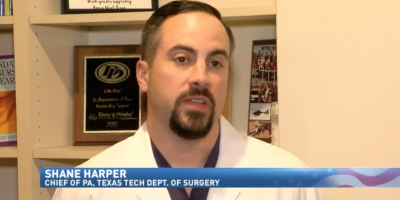 The Beat is a monthly electronic newsletter produced by TTUHSC Office of Communication & Marketing for Amarillo faculty, staff, students and other stakeholders. All Amarillo faculty and staff are automatically subscribed to the email version.

Please send any information you'd like to include in The Beat to Kelly Podzemny at kelly.podzemny@ttuhsc.edu.