The 61st Legislature created Texas Tech University School of Medicine in 1969 as a multi-campus institution with Lubbock as an administrative center and regional campuses in Amarillo, El Paso, and Odessa. Since then, the school has grown into a comprehensive academic health care university and has expanded into Abilene, Dallas, and Midland. Having changed official names in 1979, the Texas Tech University Health Sciences Center now consists of schools of medicine, nursing, health professions, pharmacy and biomedical sciences, and serves a population of more than 2 million people dispersed across a vast 108-county area of West Texas.

Office of the President

She joined TTUHSC in 1987 and has held multiple leadership positions during her tenure with the university. Most recently, she was appointed provost and chief academic officer in October 2019. The following month she agreed to serve concurrently as interim president, reflecting her commitment to the university. READ MORE

The President's Cabinet is the executive advisory body comprised of the provost, university’s deans, vice presidents, select senior administrators, and serves to advise the president on any subject the president may require relating to the duties of each member’s respective office or division and act as the approving body for university policies and institutional-wide matters.  Meet the President's Cabinet.

The President's Advisory Board helps to disseminate important information across the institution; acts as a collective sounding board to provide informed guidance and feedback; and members serve as ambassadors and advocates of the institution to the campus community they serve. 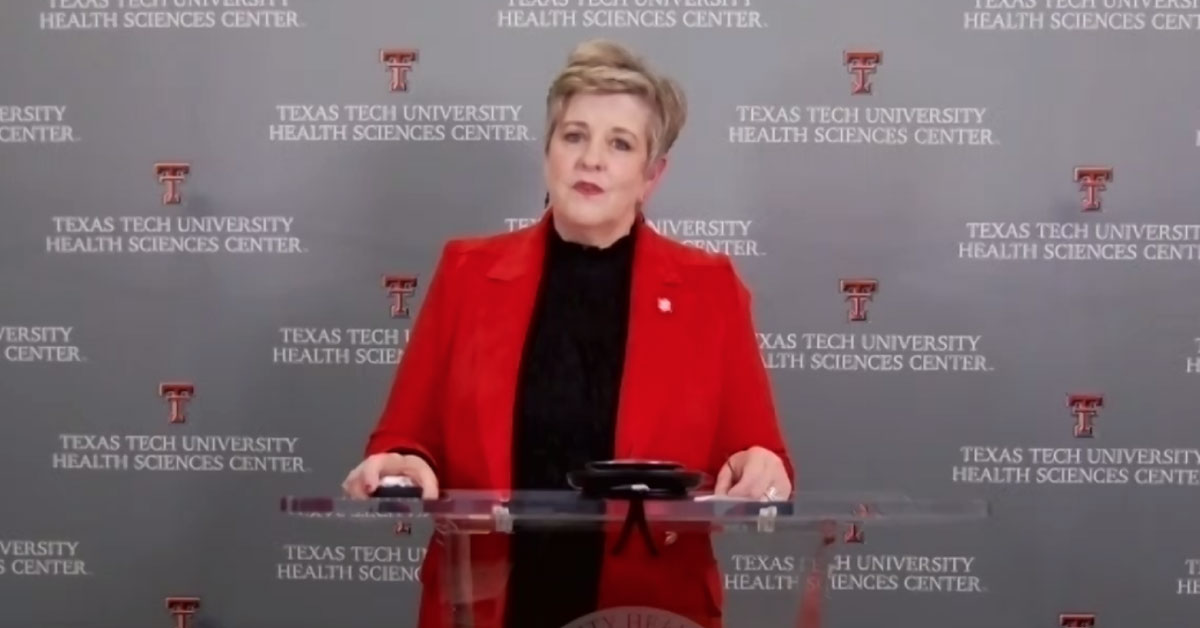 A number of TTUHSC faculty members have been recognized and honored for their excellence in teaching, research, and service.
LEARN MORE

In our short 35-year history, the Texas Tech University Health Sciences Center not only has fulfilled the need for health care service and education in West Texas, but it has become a source of pride for the state and the entire Southwest region.