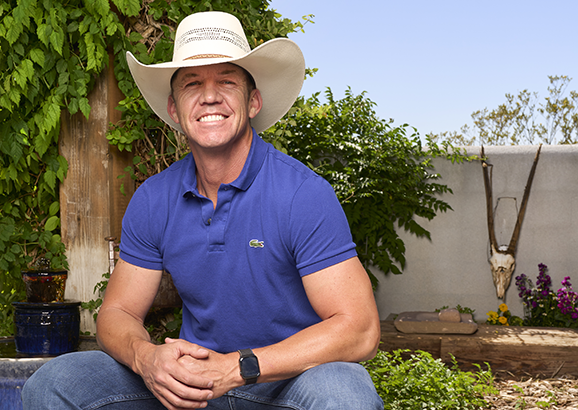 A Jewel of a Gift

First endowed scholarship in the School of Nursing still impactful

Her scholarship not only played a role in my being here but also in the quality of care I can give to those in this remote part of the state — whether they live here or they're just passing through."

Scot Brown kneels on the melting asphalt of New Mexico State Highway 60. The summer temperature was so intense you could see the heat waves rising from the blacktop. He works quickly to intubate a teenage motorcyclist who had been hit by a car.

There’s got to be a way to save lives in a more controlled environment, Brown thought, as he prepared his patient for the flight to an Albuquerque, New Mexico, trauma center.

Returning to the Rio Grande Valley as a health care provider was his plan since leaving for college. Brown, CRNA, (Nursing ’03) is now the first nurse anesthetist at Socorro General Hospital to live in the community for more than 40 years. The critical access hospital serves the residents of Socorro and Catron counties — a population of just more than 21,000 — and those traveling I-25 between Mexico and Albuquerque, New Mexico, as well as other local highways and back roads.

Almost a decade before Brown entered Texas Tech University (TTU) as a freshman, Jewel Benton’s family had established the first endowed scholarship in the TTUHSC School of Nursing. The school is celebrating the 40th anniversary this year of its first graduates. Benton often commented on the excellence of the nursing staff at UMC Health System and the professional treatment she received during her final stay when she had cancer, said Tod Forbes, her grandson. Benton and her husband, Allen “Chuff” Benton, were avid Red Raiders, and the family had previously established an endowed sports scholarship at TTU in his honor. Forbes said a scholarship at the new nursing school seemed a great way to honor Benton and ensure there are nurses to help others, like those who had cared for their mom and grandmother.

“It’s pretty amazing how one person’s act of giving can have such a far-reaching effect,” said Brown.

The Jewel Benton Endowed Scholarship in Nursing was one of the many scholarships Brown received while earning undergraduate degrees in agricultural sciences at TTU and nursing at TTUHSC. It also is the only one he can still remember by name almost 20 years later — attributable to the fact that it shares a given name with his great grandmother.

Brown also shares an appreciation for nurses gained through their care. He spent a couple of weeks in a Casper, Wyoming, hospital the summer after graduating from TTU. Brown suffered a head injury after being thrown from a horse. He sent his application to TTUHSC’s nursing school from his hospital bed in the intensive care unit.

The day he treated the teenage motorcyclist changed his trajectory from serving as a flight nurse to becoming a nurse anesthetist. Brown was back home studying for his board certification when Socorro General posted his current position.

As ‘airway guy,’ Brown said he’s always relied on the critical thinking skills he learned as an undergraduate nurse. “Her (Benton) scholarship not only played a role in my being here but also in the quality of care I can give to those in this remote part of the state – whether they live here or they’re just passing through.”
—Written by Danette Baker

We're here to help.
Contact us if you have questions.