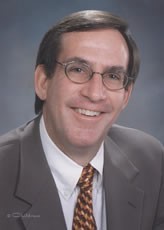 John A. Griswold, MD, FACS  Born and raised in Casper Wyoming, John Griswold obtained a Bachelor of Science from the University of Notre Dame then attended Creighton University for medical school, graduating in 1981. He subsequently completed a five-year general surgery residency at Texas Tech University Health Sciences Center.  Upon completion, he went to the University of Washington for a fellowship in burn research and burn clinical care.

At the University of Washington, his burn research was done in the Trauma Inflammation in the lab of Dr. Ron Meyer.  Dr. Griswold developed a working murine model of ARDS and acute lung injury and studied neutrophil dysfunction, which led to defining the microbiology behind the cause of ARDS.

After completing the burn fellowship, he joined the faculty at the University of Mississippi, Department of Surgery in the Division of Burns, Trauma and Critical Care. At the University of Mississippi, he set-up a busy basic science lab continuing to investigate pulmonary dysfunction and inflammation. He also began several clinical projects both investigator-initiated as well as industry sponsored.

In 1992 Dr. Griswold was recruited back to Texas Tech University Health Sciences to begin the Level 1 Trauma Center and revamp the Burn Center. Both of these responsibilities demanded basic, clinical and translational research activities. In the area basic research Dr. Griswold began collaborating with Dr. Abdul Hamood in the Dept. of Microbiology, focusing on the pathophysiology of Pseudomonas in burn injury. Dr. Jane Colmer-Hamood later joined the two and the result has been 27-years of extremely successful collaboration, numerous grants, hundreds of peer-review publications including publications in JAMA and SCIENCE. This association also provided the foundation for training an extensive list of master students and PhD candidates. One of the highlights of this educational process was having the opportunity to work with Kendra Rumbaugh during her PhD, a collaboration that has been incredibly fruitful and fulfilling.

In June 1997 Dr. Griswold took over the reins of the Department of Surgery at Texas Tech University Health Sciences Center. “I inherited a department of 6 faculty, none who had any training or experience in research.  There were no active research projects other than those associated with the burn and trauma centers and most importantly there was no money to fund research. So I convinced two young, very bright nurses who worked in the SICU, Cathy Lovett and Stacey Pugh, to join me in developing a Division of Clinical Research in the Dept. of Surgery. We began the process with complex industry-sponsored clinical trials in the ICU that was a resounding success.  This led to Dr. Griswold being named Scientist of the Year in 2000, by the ARCS Foundation.  Over the next several years the clinical research grew in quantity, quality and financially. The clinical research division was then transitioned to the School of Medicine as the Division of Clinical Research. It eventually landed under the Office of President as the CRI, supporting research throughout the HSC.”

Dr. Griswold is honored to back working within the CRI. 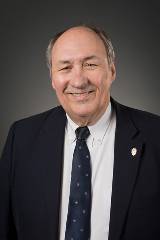 Tom Tenner, PhD attended University of Dallas graduating in 1971 with a double major in Biology and Chemistry.

Over the years, Dr. Tenner's research has been funded by numerous state, federal and national organizations.  He continues to serve on various local, state and federal committees. 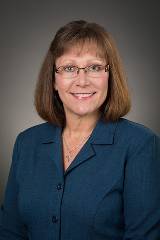 Catherine (Cathy) Lovett, RN, MSN, CCRC, CCRP is the Managing Director of the Clinical Research Institute. This role in the CRI includes several diverse aspects of clinical research. She is responsible for the day-to-day operations of the department, developing and teaching educational programs, developing/negotiating budgets, as well as helping to develop the clinical research infrastructure for TTUHSC and our affiliated hospital. 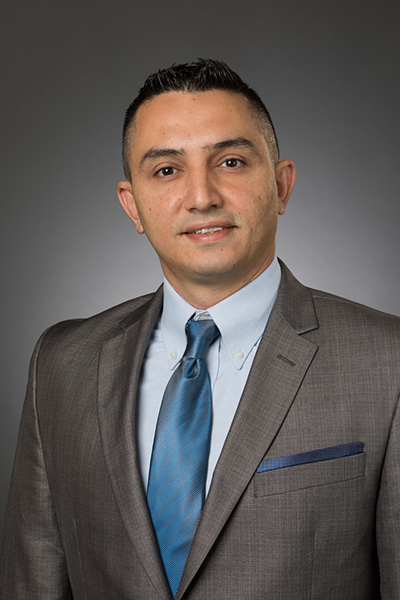 Mhd Hasan Al-Mekdash, MA, MS, PhD,  is the Director of Statistical Services and a Senior Biostatistician at the Clinical Research Institute. His duties and responsibilities include supervising and training biostatisticians/analysts, determining the most appropriate study design based on options for statistical analysis, protocol review and development, performing statistical analysis, developing/maintaining policies on statistical procedures for the management and analysis of clinical research data, and developing and presenting educational programs in biostatistics to investigators, students, and research staff on all HSC campuses.

Dr. Almekdash has an extensive quantitative researcher experience and training at TTU where he earned his PhD in Higher Education Research with a minor in Geographic Information Sciences (GIS). For his dissertation research, Dr. Almekdash conducted geostatistical and spatial econometric analysis on Texas Education Agency (TEA) and Texas Higher Education Coordination Board (THECB) data, in addition to other large national datasets, to examine how various student and institutional variables contribute to admission, retention, and graduation at colleges and universities in the state of Texas. He also has a Master of Science degree in Interdisciplinary Studies with an emphasis in Quantitative and Geospatial Methods and a Graduate Certificate in Geographic Information Sciences and Technology (GIST).

Dr. Almekdash has interdisciplinary research activities that resulted in publications and presentations at national and regional conferences in the fields of Health Care, Higher Education, Applied Linguistics and Second Language Acquisition, Educational Psychology, Special Education, and Geosciences. He is also interested in the application of data sciences in health care, advanced biostatistical modeling, and the applications of quasi-experimental designs and GIS and spatial analysis in epidemiological research. He was recognized on the state and national levels as a quantitative methodologist and a statistician. Dr. Almekdash is an educator with more than 15 years of teaching experience in a higher education context in the U.S. and internationally.