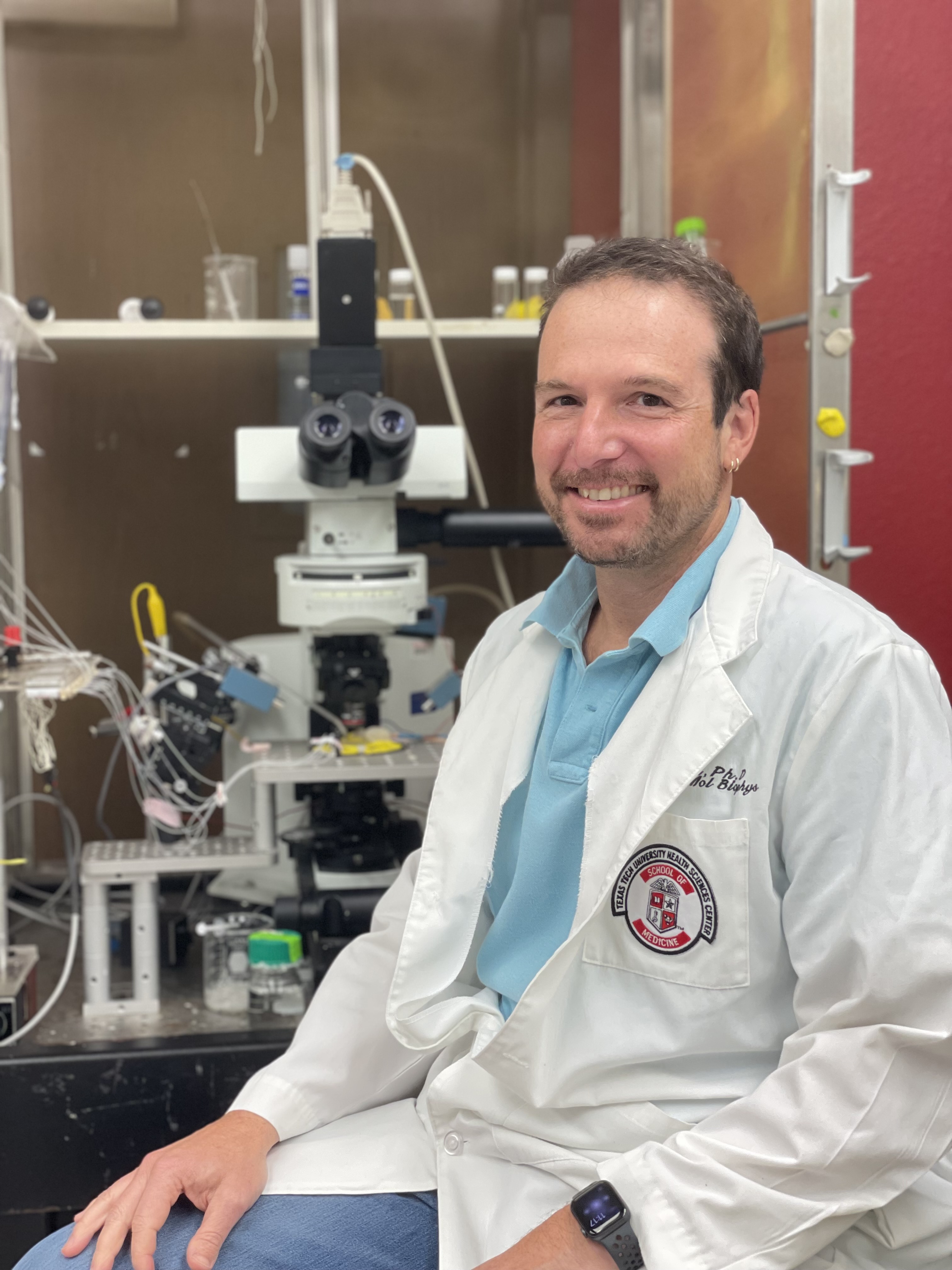 Our research focuses on understanding the function, mechanisms and pharmacology of the proteins that trans 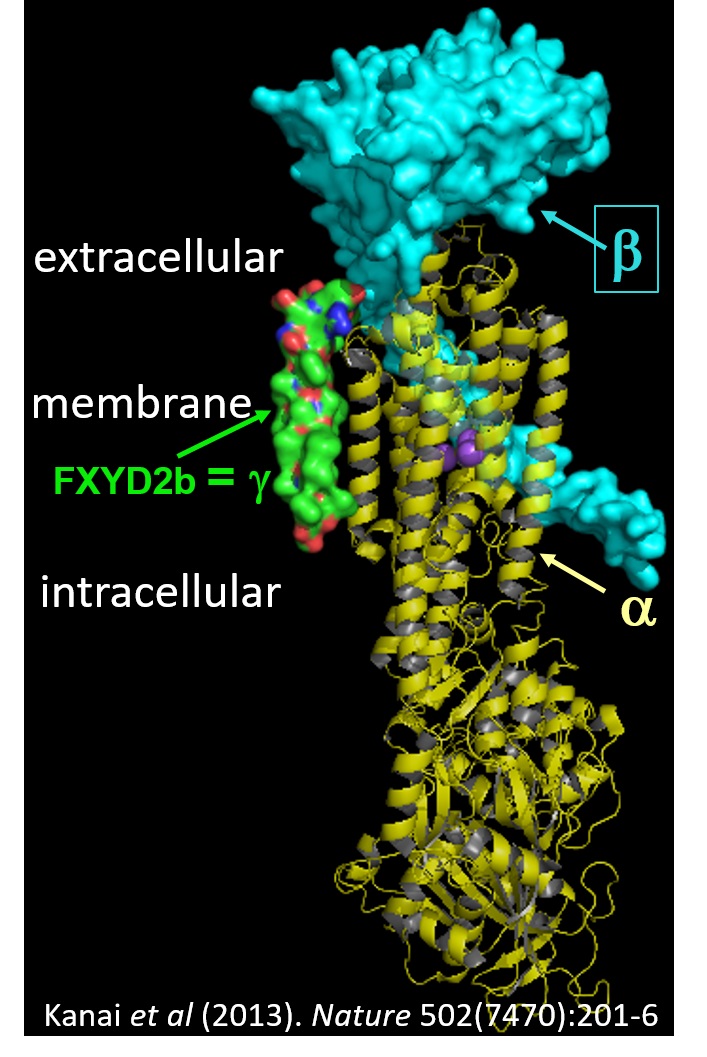 port ions across membranes. In particular, we study how the sodium/potassium (Na/K) and proton/potassium (H/K) pumps operate at the molecular level, as well as their role in health and disease. These two P-type-II ATPases couple ATP hydrolysis to ion transport against their electrochemical gradients. The Na/K pump extrudes 3 Na+ in exchange for 2 K+, while the H/K pump hydrolyses ATP to export H+ and import K+. Both pump types are formed by association of a catalytic α- and an auxiliary β-subunit, which are frequently associated with a FXYD regulatory subunit, as shown in the figure. Several genes encode for different isoforms that form distinct Na/K and H/K pump enzymes, which are expressed with a tissue specific distribution.                                                        The gastric H/K pump acidifies the stomach and is the target of the antacid drug omeprazole. The non-gastric H/K pump participates in K+ reabsorption and is important in cystic fibrosis pathology. The Na/K pump is present in all human cells. Mutations to the Na/K pump α1 subunit lead to Conn’s syndrome (primary aldosteronism), Charcot-Marie-Tooth disease type 2 and hypomagnesemia with seizures, mutation to the Na/K pump α2 lead to migraine, and mutation to Na/K pump α3 lead to alternating hemiplegia of childhood and Parkinsonism.

The brine shrimp (crustaceans of the order Anostraca, genus Artemia) and brine fly larvae are the only two animals known to live in the Great Salt Lake of Utah at ~ 14% salinity (about four times that of seawater). Brine shrimp, which can survive in salinities up to 10 times of that in normal sea water, are known to have two α subunits for the Na/K pump. One of these α subunits has several modifications around the ion-binding sites, which make it very different to most Na/K pumps found in other animals. Teleost fish present similar modifications, but when adapting to fresh water rather than high salinity. We are trying to uncover how the Na/K pump interacts with other ion transport mechanisms to provide adaptive advantage to extremely high salinities, as well as the functional importance of the functional modifications induced special Na/K pump versions to the animals that carry them. In this project, we use transcriptome analysis and several other molecular biology techniques, immunostaining, radioactive isotope uptake, heterologous protein expression in oocytes, and electrophysiology.

We aim to understand how mutation of the pump’s α1 subunit lead to disease. We have demonstrated that several Na/K pump mutations found in aldosterone-producing adenomas (benign tumors of the adrenal gland) from patients with primary aldosteronism (Conn’s syndrome) lead to loss-of-function (Meyer et al, 2017, 2019). We are now using transgenic mice, as well as heterologous expression and electrophysiological analysis in Xenopus oocytes, of mutations inducing CMT or hypomagnesemia and seizures, to uncover the pathophysiologic mechanisms of these Na/K pump-related diseases.

It remains unclear how the Na/K pump selects Na+ over the more abundant K+ when facing the inside of the cell, or how it selects K+ over Na+ when facing the external milieu. It is also unclear what determines the distinct ion selectivity and regulation of Na/K and H/K pumps. We are currently using a combination of mutagenesis (including incorporation of unnatural amino acids), voltage clamp fluorometry, patch clamp and molecular dynamics (in collaboration with Benoît Roux) to untangle the mechanisms of ion selectivity at the atomic level. From a translational science point of view, we are trying to develop new drugs to selectively inhibit or modulate different H/K pumps in order to treat disease.

We are thankful to all agencies (federal and private) that have supported our research.

Professor, Department of Biochemistry and Molecular Biophysics, University of Chicago