Structure and function studies of ligand-gated ion channels and transporters

Michaela Jansen's primary research focus are structure-function studies of membrane proteins on a molecular level. Additionally, we investigate mechanisms of drugs in current clinical use.

One main focus are the so called Cys Loop receptors. These receptors function as neurotransmitter receptors. They transform the chemical signal contained in the neurotransmitter into an electrical signal. The superfamily of Cys Loop receptors has a variety of members, that are named after the ligand that opens (gates) them. They are virtually abundant in the central and peripheral nervous system and our research is therefore considered Neuroscience.

These receptors were also identified in prokaryotes and we were the first lab to engineer functional chimeras by adding the intracellular domain that is only found in eukaryotic receptors to the proton-gated channel from Gloeobacter violaceus (GLIC). 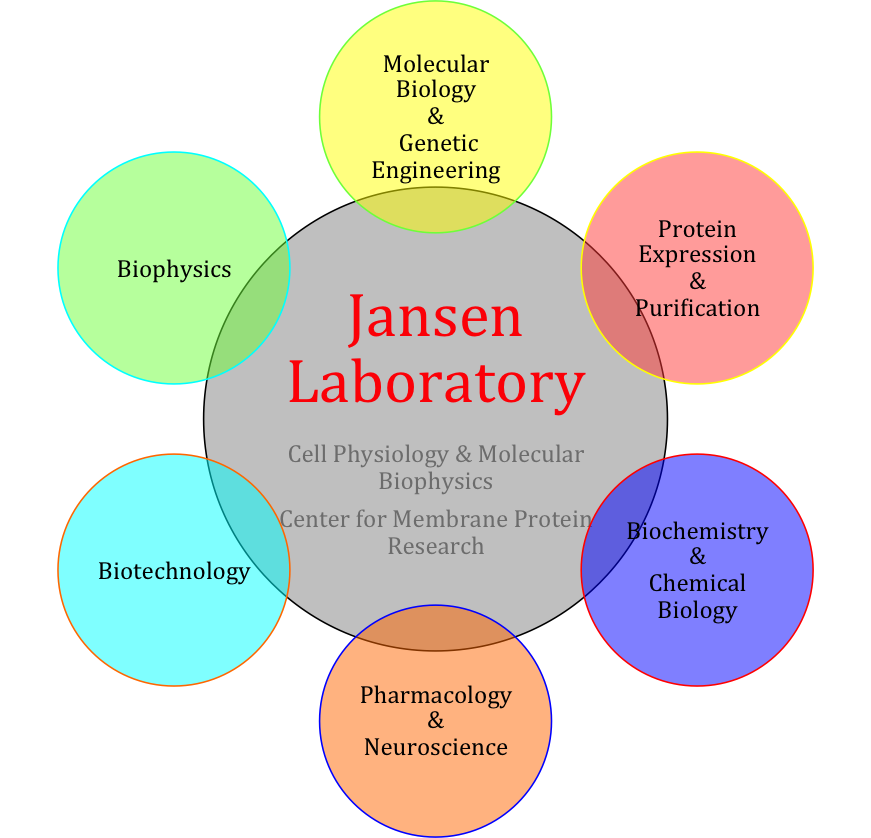 Other members of the superfamily include receptors for glycine, zinc, glutamate, and protons. Each receptor is made up of five subunits that are arranged pseudosymmetrically around the central ion-conducting pore. These subunits can change their conformation from closed (non ion conducting) to open (ion conducting) states.

We were the first to show that the long M3M4 loop in 5HT3A and GABA rho1 can be replaced by just a heptapeptide linker (SQPARAA) from a prokaryotic homologue (GLIC) while retaining functionality.

We have also generated the opposite chimeras between ECD and TMD of GLIC and diverse eukrayotic ICDs with the goal of further studying the structure and function of the ICD.

More recently, we have added ICDs to the soluble Maltose Binding Protein (MBP). We have found that the ICD itself drives pentamerization. 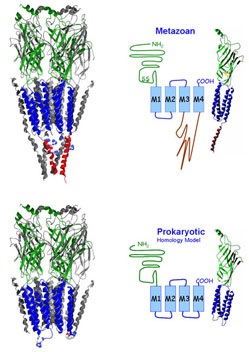