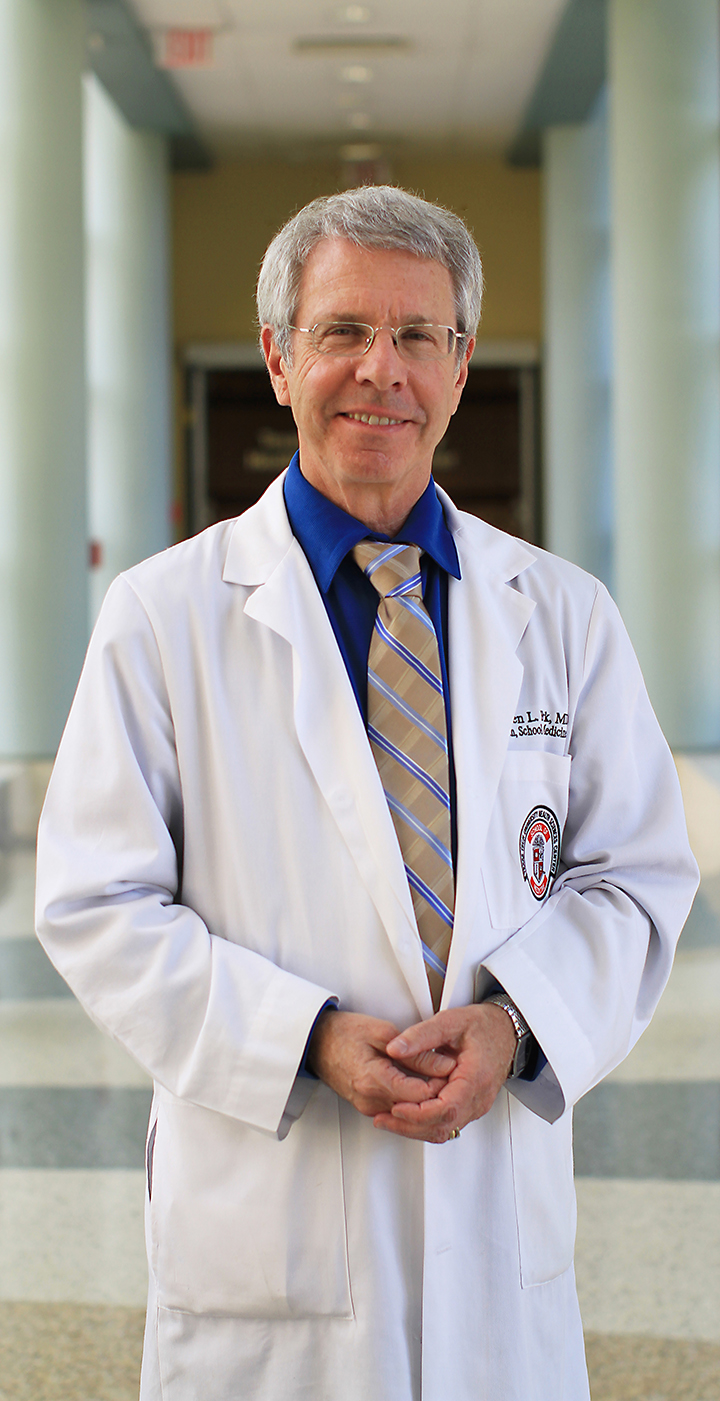 Dr. Berk is the author or co-author of over 150 peer-reviewed publications and four textbooks. His publications have been cited 3,700 times and he has an h-index of 28. He has served on the NIH Special Advisory Panel on the evaluation of vaccines against infections in the elderly, on the editorial board of the Journal of the American Geriatric Society, and as a reviewer for most Internal Medicine and Infectious Disease journals. He has served on the Board of Directors Nominating Committee for the Association of American Medical Colleges (AAMC) and chaired the AAMC community-based deans subcommittee for eight years. Recently, both his editorials on wearing a facemask and dealing with the issue of COVID-19 in nursing homes and have been circulated nationally by the AAMC.

Dr. Berk has been recognized for many achievements throughout his distinguished career. His teaching ability was well-recognized at East Tennessee State University, where he received the medical school’s Teacher of the Year Award ten times and the university’s Distinguished Faculty Award. The American College of Physicians bestowed the title of Laureate in Medicine on Dr. Berk in 1998, and he was elected to the national board of Alpha Omega Alpha in 1999. In 2006, his memoir entitled Anatomy of a Kidnapping was published by Texas Tech Press and received the 2011 Forward Reviews Book of the year Award (silver). In 2012 he was elected Distinguished Alumni by Boston University School of Medicine, and had an endowed University Medical Center chair named in his honor. In 2019 he received the Department of Medical Education teaching award for the infectious disease course.

To demonstrate his commitment and tireless advocacy to support and promote diversity and women leadership in medicine, over the last decade Dr. Berk nominated and funded ten female faculty to attend the prestigious Executive Leadership in Academic Medicine. Additionally, he started the TTUHSC policy to select and fund faculty receiving master’s degrees in education as a means to improve medical teaching and develop future faculty leaders.

Through Dr. Berk’s leadership, the School of Medicine has experienced exceptional growth of innovative educational programs and expansion of clinical services and research. His personal vision for addressing the ever-increasing need for primary care physicians launched the unique Family Medicine Accelerated Track, the first program of its kind in the country; he established the Covenant Branch Campus for 3rd and 4th year clerkship training,; the medical student barbershop hypertension program; the Deans’ Ambassadors; the Clinical Research Institute; created the Department of Medical Education; established the Women’s Health Research Institute of Amarillo; and developed the Lubbock medical student led free clinic. Dr. Berk graduated from the Boston University School of Medicine and completed his Internal Medicine residency and Infectious Disease fellowship at Boston City Hospital. He is a member of Phi Beta Kappa, Alpha Omega Alpha, and Sigma Xi. Dr. Berk was born in New York City.